Posted on November 6, 2012 by aboomersvoice 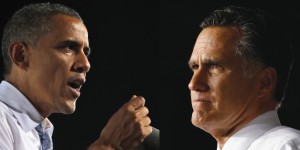 Finally, Election Day. It has been a long drawn out haul for all of us. I, along with the majority of my other intelligent, well informed friends and family, (although not all are on board, so they aren’t too informed) are hopeful.

I hope people vote, even for the other guy. Even if it’s for the candidate I don’t want to see in office. Although I’m adamant about who I want and know would be the best for our country, I still find us fortunate.

Many countries do not give their citizens the right to vote. They stay suppressed by a government, that forces its way into office or manages to stay in power, despite any opposition. They hijack a government and many of these dictatorships, could care less about the people and more more about themselves. We’ve seen it time and time again. The people in power have riches, palaces and all the entitlements, while their people work their butt off for a dollar a day, give or take a few. Gee, it’s beginning to sound like what’s happening here, on a much lesser scale.

The rulers find their way into the best marketable and profitable resources they have and exploit them. Mostly to the western world, who has the money to buy them. I get satisfaction when our politicians and the U.N. put restrictions on these countries, who depend heavily on our dollars.

I think one of the greatest privileges we have, as American citizens, is the right to vote. I hope it makes a difference. I hope these 2 parties who have polarized the country will shut up, forget their agenda for the next 4 years and get something done.

And I think it’s fair to say I speak for Republicans and Democrats. We all think Washington needs to start working for us and not their personal agenda. I know this- we are in fact, their employers since we pay their salaries. If it were any other job, they would have been fired a long time ago for non-performance. I hope no matter who gets in, something will finally get done. 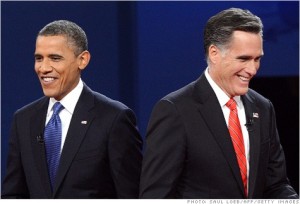 First and foremost, I'm a baby boomer and damn proud of it. The ones reading this post survived. Some didn't..We are the generation that crashed through barriers, broke through the norm and made our own rules. We paved the way for others to follow their bliss. One of the largest breakthroughs was probably equal rights and opportunities for women. Thank you Gloria Steinem and Betty Friedan. We burned our bras, well, most of us did. We marched against politics we didn't believe in, staged protests not knowing we could easily be silenced by a bullet, experimented with drugs, meditation and guru's. We traveled with backpacks across the country and throughout the world..We had a voice. We had a choice. We had a mission. We had freedom and we were united. I am a writer, traveler, explorer, observer and participant in life. I am part of the expansion of baby boomers who still believe in the original message of peace and love. Take this journey.with me. Who knows where it will take us next ?
View all posts by aboomersvoice →
This entry was posted in Uncategorized. Bookmark the permalink.