I believe I can Fly

Posted on December 26, 2012 by aboomersvoice 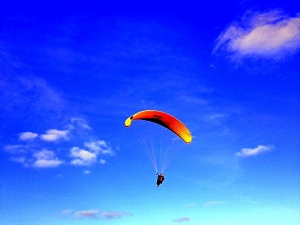 Lately, I’ve been contemplating about freedom. And letting go, so I can fall into something new. Sometimes it’s difficult to take a giant leap into the not knowing. Do calculated risks define security ? I mean, is it a sure thing, once we’ve completed the course, training, goals and degrees, that we’ll be successful ?

Do we land that great job, get the home of our dreams and meet our soul-mate? Soul-mate ? Let me indulge for a moment. I’m pretty convinced with the divorce rate, we have more than one. Probably several. Or maybe I just got really lucky, because I can’t tell you how many times I said, “He was it.” Well, it turned out he wasn’t.

My best friend/sister growing up had a grandmother who used to say, “A rolling stone never gathers any moss.” This was in my early 20’s, when I was living in California, only the 2nd state, in a string to come. The truth is, I never wanted moss. But I understood what she meant. She was raised with the premise, that you got married, raised a family and stayed in the same area forever, with the rest of your extended family.

The problem is, no one lives close by anymore. We’re all scattered throughout the country, but that’s another post for another day. So, I vacillate. Do I do more of the same ? I was told that you can determine your future, by the actions of the present. So, if nothing changes, nothing changes. Risk taking seems a bit scarier, the older you get. But I have always been a risk taker.

So, I wonder… Do I look at something I just came upon, that figuratively speaks to what I’ve been thinking ? Do I read into it, because I want to convince myself this is the right thing for me ? Does the universe send signs, to prove this is the evidence you need ? I’m not sure.

I don’t know everything anymore, like I did when I was 20. Funny how that works. For awhile, I thought I had it all figured out. So, although I won’t literally be jumping off a cliff, or have wings to glide into flight, these hang gliders were a great metaphor for me.

I just happened to be driving to the beach a little over a month ago, and there they were. A group of colorful wings floating free above me, and hovering over water. It looks like a blast. And I’m sure it is for many people. But I’m not a big fan of heights and can’t swim to save my life.

By the way, when someone says they’re not a great swimmer, but says they can swim to save their life ? They can’t. They’ll be under within 2 minutes. I know this, from personal experience.

So, who knows ? Maybe hang gliding will be one of the things on the bucket list when I hit 80. I added maybe. I actually want to ride a zipline through the canopy of the Amazonian rain forest. Crazy, huh ? I don’t even want to hear about all the deadly animals, snakes or insects I could come into contact with. I think there are times it’s better to be ignorant.

When I hit 85, if I am still mobile, I said I would skydive. Attached to someone else of course. I’ll strap myself to an instructor, close my eyes at the appropriate time and they can push me out of the plane with him. And if I have dementia or I’m senile ? All the better. I probably won’t remember all the stuff that scares me. Tell me the last time I skydived, I had a blast. Tell me I loved it. As I said, sometimes being dumb has its advantages.

First and foremost, I'm a baby boomer and damn proud of it. The ones reading this post survived. Some didn't..We are the generation that crashed through barriers, broke through the norm and made our own rules. We paved the way for others to follow their bliss. One of the largest breakthroughs was probably equal rights and opportunities for women. Thank you Gloria Steinem and Betty Friedan. We burned our bras, well, most of us did. We marched against politics we didn't believe in, staged protests not knowing we could easily be silenced by a bullet, experimented with drugs, meditation and guru's. We traveled with backpacks across the country and throughout the world..We had a voice. We had a choice. We had a mission. We had freedom and we were united. I am a writer, traveler, explorer, observer and participant in life. I am part of the expansion of baby boomers who still believe in the original message of peace and love. Take this journey.with me. Who knows where it will take us next ?
View all posts by aboomersvoice →
This entry was posted in Uncategorized and tagged 85, Amazon, beach, blast, bucket list, change, cliff, cliffs, crazy, evidence, experience, floating, free, freedom, fun, funny, goals, grandmother, hang glide, hang gliders, heights, ignorant, insects, jump, leap, life, plane, rain forest, read, risk, risk taking, signs, skydive, snakes, swimming, thinking, water, wings, wings. security. Bookmark the permalink.

5 Responses to I believe I can Fly