Posted on November 26, 2012 by aboomersvoice 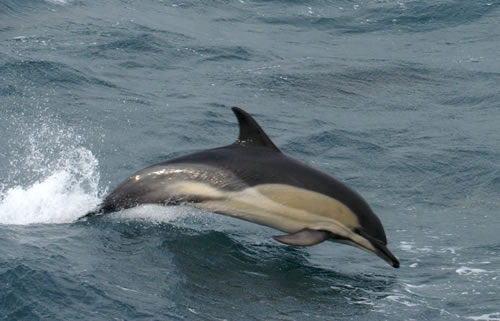 Dolphins. A beautiful and highly intelligent animal. I live on the outer Cape, in Cape Cod, Massachusetts. For my friends in other parts of the world, it is on the northeast coast of the United States. Unbeknownst to me when I first moved here, I found out it was a hotbed for live stranded animals. I am referring to the vast amount of marine life in the area.

Cape Cod, is the 3rd largest area in the world for mass strandings. Mass is considered more than two. Shocking! Right behind Australia and New Zealand. The particular town I live in, has the majority of them. Once I found this out, I signed on to volunteer and train for the organization that does most of the marine life rescues, if not all. They require a refresher course yearly, to keep us updated.

So because I am in the midst of this hotbed and live only 1/10th of a mile to one of the beaches, where many of these occur, I become a spotter over the winter. That is the predominant time for these occurrences, although they can happen at other times of the year, but with much less frequency. The main season for strandings, are from December through March. Yes, when it is usually very cold and Winter.

Two days ago, I was asked to do a Level A, which is to assess a dolphin. One had died on the beach down the road from where I live. People are great about calling in to let us know when they have seen a live or dead animal. It had not been dead long.

I measure, take lots of photo’s, look for abrasions, cuts or anything else that might give us a clue to natural or man induced injuries. Many times, there are neither. Lastly, I take a tissue sample, which is generally analyzed at the infamous Woods hole Oceanographic Institute, about an hour away. This is important, as it determines if this was a sick animal.

Years ago, many dolphins were euthanized, believing they stranded due to illness. It was determined through necropsy, this usually wasn’t the case. Thousands of their lives have been spared and now are primary goal is to rescue and release.

Dolphins generally strand because they become disoriented. If you look at a map of Cape Cod, and notice the closer you get to the tip, the more narrow the land between ocean and bay become. Tides come in around 10 feet, but go out to nothing. And tides are not subtle. They are quick. I know this firsthand, because when I first moved here, I almost got caught in one. I always carry a tide chart.

So, the season has begun. I am sad to report five have already died in about 3 days. Two were single animals and that is rare, because dolphins are social and almost always travel in pods. Generally, where there is one, there are three, five, fifteen or more. We re-routed a pod of close to 100, headed into the bay last year. It could have been devastating.

Although I still find it difficult to lose an animal, especially when found alive, there is great joy, when we can put them back in the water and watch them swim away. That is always our ultimate goal, so please say a prayer that there will be few strandings this year and of those that do, most will make it back.

First and foremost, I'm a baby boomer and damn proud of it. The ones reading this post survived. Some didn't..We are the generation that crashed through barriers, broke through the norm and made our own rules. We paved the way for others to follow their bliss. One of the largest breakthroughs was probably equal rights and opportunities for women. Thank you Gloria Steinem and Betty Friedan. We burned our bras, well, most of us did. We marched against politics we didn't believe in, staged protests not knowing we could easily be silenced by a bullet, experimented with drugs, meditation and guru's. We traveled with backpacks across the country and throughout the world..We had a voice. We had a choice. We had a mission. We had freedom and we were united. I am a writer, traveler, explorer, observer and participant in life. I am part of the expansion of baby boomers who still believe in the original message of peace and love. Take this journey.with me. Who knows where it will take us next ?
View all posts by aboomersvoice →
This entry was posted in Uncategorized and tagged abrasions, animal, area, Australia, beach, beautiful, Cape Cod, clues, dead, dolphins, fresh, injuries, intelligent, joy, largest, live, New Zealand, people, pod, rescue, sample, sick, water, winter, world. Bookmark the permalink.