Posted on November 8, 2012 by aboomersvoice 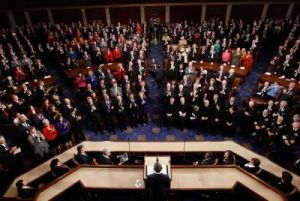 Whether the Republicans like it or not, Obama has been re-elected for a second term. I think they have been humbled. Axelrod and Plouffe are brilliant. They ran another great campaign.
So now that the opposing party have to accept the president for another 4 years, congress is catching equal blame for not pushing this country forward.
Boehner said, “I want the president to succeed.” Finally. None of them said that before. In fact, McConnell said his primary goal was to make sure Obama was a one term president. Well, guess what Mitch ? You got worse marks than he did, so you get him for another 4 years.
Instead of doing some soul searching and re-evaluating your politics, like many others in your party, you say the party should still have a stiffened resolve to challenge him.
You said Obama should move more to the middle. How about your party, that has moved so far to the right that over half of the American people can no longer relate to you ? How about YOU moving more to the middle, stuffing your pompous attitude back down your shirt and start working with him, instead of against him ? The irony of this all, is that Obama is more moderate than one of your former presidents you so revere, Reagan.
I hope the people of Kentucky do not vote you back in. How about your primary goal being to help the people you’re serving ? To help cut the deficit, create jobs, get the country back on track. Put your energy into that, instead of your own self serving agenda.
Maybe now Republicans will step it up. Every American on both sides, is sick of the gridlock and obstruction. We want solutions, not obstacles.
Hey guys, it’s a new day. The people have spoken. Get it together. You’re working for the country, the American people, remember us ? Congress has had the worst record in 47 years. I think there were roughly 4,000 bills presented and only 61 passed.
Obama has been trying to cut the deficit and has proposed bills to do so, he passed the equal pay act for women, despite the fact that not one Republican voted for it. Not One of you. Do you have wives, daughters, sisters?
Obama put in place healthcare that doesn’t discriminate and is hardly the big bad debacle you claim it is and what did you do ? Sit on your ego’s. Why not make it better, instead of squashing it.
Tuesday night, the American people said they didn’t like your record, or the way your party handled things. They don’t trust you. They don’t want you to run our country. Despite the bad economy, the voters still related to Obama more.
They felt he was more in touch and more sincere. They wanted to give him another chance to continue what he started. Maybe 4 more years will do it, but he can’t do it alone.
It’s not just the Republicans. It’s the Democrats too. Both sides have to be accountable for failure. Somehow, you need to figure it out and make it work. It’s your job.
I hope this is a wake-up call for all the politicians working on their own agenda, instead of ours. Maybe the additional women elected to the senate will bring some balance, resolve and sense to Washington. Maybe that’s what we needed to begin with, to break up the old boys club.
I know the majority of Republicans, are being held hostage by Grover Norquist. It’s time for you to lay down the gauntlet and take back your power. If you all do it, he’ll have no recourse and maybe, he’ll just go away. How does he benefit the American people ? He doesn’t.
I hope you will work together and compromise will be met on both sides. I hope in everything you do, you will do what’s best for the citizens you serve, and do your best to make this country great again. We’re depending upon all of you to make it right. We’re giving all of you a second chance, not just Obama.
Give the people who voted you in, confidence and hope again. We’ve heard from some excessively wealthy people who said they don’t mind paying their fair share of taxes. So if they can, why can’t you ? How greedy can you be ?
Now you need to speak up for us. We put you there. We can take you away. And remember one thing, if nothing changes, not only will Obama be blamed, but you will too. You’ll be blamed for not working together, for not cooperating and not caring.
And you will be taken down with him. That’s a promise. The American people aren’t stupid, so don’t discount us. We’re all counting on you for change. You’re there. We’re not, but we’re trusting you to do the right thing. Now, go ahead and make it happen.

First and foremost, I'm a baby boomer and damn proud of it. The ones reading this post survived. Some didn't..We are the generation that crashed through barriers, broke through the norm and made our own rules. We paved the way for others to follow their bliss. One of the largest breakthroughs was probably equal rights and opportunities for women. Thank you Gloria Steinem and Betty Friedan. We burned our bras, well, most of us did. We marched against politics we didn't believe in, staged protests not knowing we could easily be silenced by a bullet, experimented with drugs, meditation and guru's. We traveled with backpacks across the country and throughout the world..We had a voice. We had a choice. We had a mission. We had freedom and we were united. I am a writer, traveler, explorer, observer and participant in life. I am part of the expansion of baby boomers who still believe in the original message of peace and love. Take this journey.with me. Who knows where it will take us next ?
View all posts by aboomersvoice →
This entry was posted in Uncategorized and tagged ciongress, cooperate, Country, gridlock, hope, Obama, work. Bookmark the permalink.

1 Response to My Wish…